Let’s tackle the first drawback: compiling less. Yes it’s a pain in the butt having to write your code, then going to the command line to compile. Since I use Atom for my editor, there is a plugin called less-autocompile which compiles our less files each time you save.
First, start Atom, and download the package. Go to “File“, “Settings“, “Packages“. 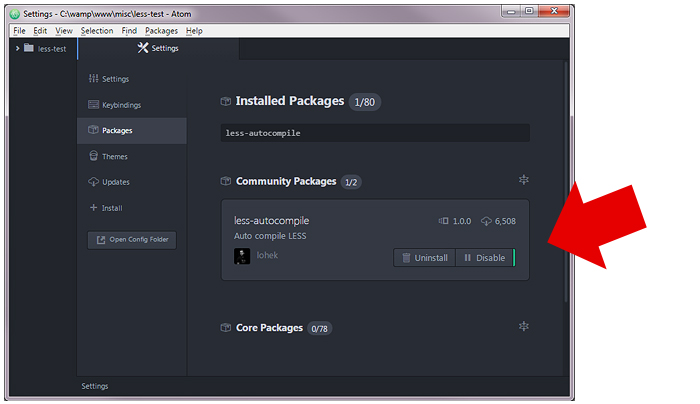 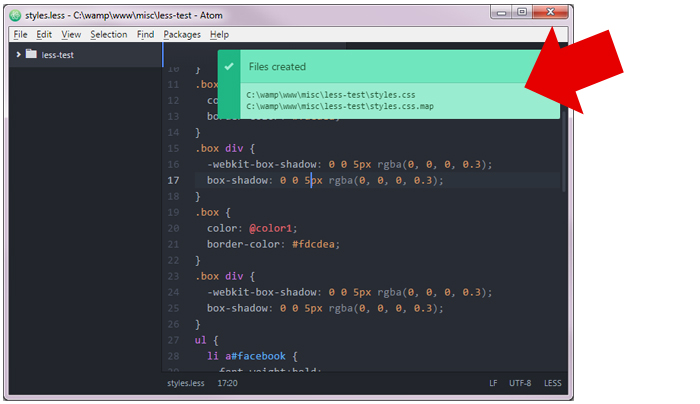 You see that the rule referenced goes back to our .css file! We need it to look into our .less file!
Luckily, we have Sourcemaps to the rescue. Sourcemaps is a way to map compiled / minified code back to its original source. This is especially useful for debugging and tracing code.
Make sure in Chrome, that the “Enable CSS source maps” option is checked. 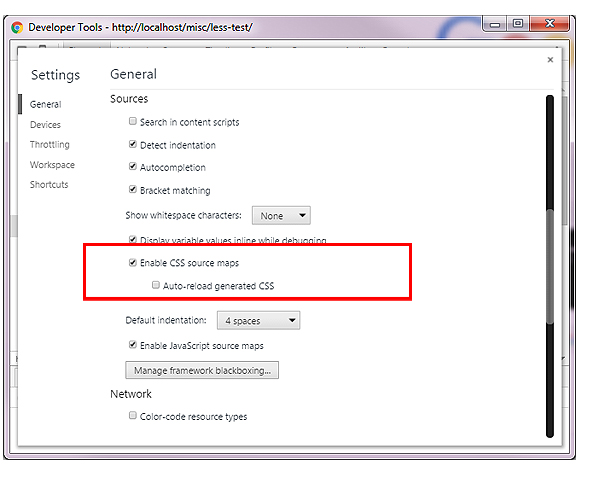 Now back to our Atom IDE, our plugin less-autompile also supports outputting sourcemaps on save. So back to the first line of comment in our .less file, add “sourcemap: true“. Now save the your .less file and a sourcemap file will be added.
One thing I noticed though that I had to manually add another comment in the bottom of my .less file: “/*# sourceMappingURL=styles.css.map */“. This is to tell Chrome Developer tools where our .map file is.
Now refresh the page that you’re inspecting and see the file it’s referencing to. Notice that its now pointing to our .less file! Problem solved. 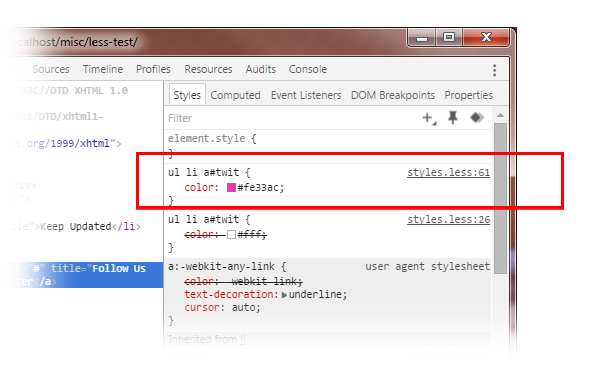